THE MICROBIOTA, A NEW VITAL ORGAN?

Everyone is talking about it and everyone wants to work with or on the microbiota. It is part of us but we are not aware of it. It is essential to good skin health, to the health of our digestive system and of our body… In barely a few months it has become our new vital organ. In order to more effectively understand why scientists are making such a fuss about the new ‘us’, it is essential to examine it with the help of a few tangible examples.

The research project that brought the microbiota to take centre stage:

It is here that it all started. This project, set up in 2008, aims to generate resources for the complete characterisation of the human microbiota, and to analyse its role in human health. It is technical advances such as DNA sequencing that were used to examine microbial communities in-depth. Like all living beings, each micro-organism in our microbiota has its own DNA. A unique DNA used to identify it. Metagenomics (the science of DNA sequencing) examines all genome collections from microbial communities taken from a specific environment. The HMP was thus able to identify the microbial communities taken from various sites of the human body: nasal septa, oral cavity, gastro-intestinal tract, skin [1] etc. Very rapidly, vertiginous figures can be used to characterise our microbiota in our body.

The figures make the head spin…

As microbiota science is still in its infancy, the data varies constantly but always in similar proportions. Therefore it would appear that the total weight of our microbiota is equivalent to that of our brain (2 KG)… There are believed to be 1,000 times more micro-organisms in our body than there are stars in our galaxy… Finally, to really convince ourselves that our microbiota is a vital organ, we are said to be made up of 30% human cells, and 70% micro-organisms [2].

Figures aside, the HMP made it possible to understand that our microbiota makes each of us unique. It is an organ that is with us from birth, and which, like the others, changes throughout our life, according to our life style, our environment, our age, our diet etc. Very surprising correlations have also been established between certain diseases and the microbiota.

How our microbiota regulates our physiology…

You probably don’t know Christensenella minuta, however it’s odds on that you will remember the special role it plays in our digestive system. Even if the mechanisms in play have not yet been fully elucidated, the HMP safely established that the presence of this bacterium in our intestines has a direct influence on our weight; it is believed to be present in higher numbers in subjects whose appearance is considered to be ‘slim’ [3]. Experiments on mice show that introducing Christensenella to their intestines caused them to slim. Some industrialists already see incredible potential for the development of probiotic yoghurt for fighting obesity.

Our microbiota could also be involved in regulating our circadian rhythm. Our body is designed to live in the daytime and to sleep at night, as we are diurnal human beings, following a 24h cycle: this is the circadian rhythm. Generally, circadian rhythm disorders are characterised by an imbalance in our body clock. Via the conversion of fatty acids, and especially production of a specific fatty acid at circadian rhythm, butyrate, our microbiota is believed to have a direct effect on the body’s sleep-wake cycle [4].

Why the microbiota footprint is soon to replace the genetic footprint

Our microbiota is unique to each of us. In the same way that we all have similar genetic materials that make us humans and not monkeys, we all have a fairly similar microbiota. However, in the same way that the genes carried by our DNA make each of us unique, the diversity of our microbiota also means we have a microbiota with unique characteristics. An increasing number of scientists today confirm that each individual could be identified by their microbiota [6]. A number of research projects have been set up by forensic medicine researchers to make of our microbiota footprint a new investigation tool in criminal cases. The microbiota footprint could in effect be a lot more useful than the genetic imprint with respect to the quantity of material to be analysed. Remember we are made up of 70% microbial cells and 30% human cells. We therefore leave twice as many microbiota footprints than genetic footprints on each object we touch. It is often the too small quantity of DNA taken that means forensic medicine analysts fall short in their definite conclusion in an investigation.

Focus on the cutaneous microbiota

Although research on the cutaneous microbiota is for the time being a lot less developed than that on the gastrointestinal system, numerous elements have already been published. In November 2009, researchers developed the first atlas of microbial diversity in the human body, showing high variations in the composition of microbial communities between the forehead, feet, nose and other parts of the human body [1]. The initial idea was to characterise the microbiota of healthy subjects, in order to establish a reference population for studying certain diseases. However, the variability of the cutaneous microbiota is huge. Several studies have shown that cutaneous microbiota health is determined by the skin’s local ecosystem: quantity of sebum, moisturisation level, cutaneous pH etc. Depending on the area of the human body, these parameters vary, and thus microbiota composition varies. To this are added physiological factors such as age, diet, and life style, which also influence the skin’s physiological parameters, and therefore microbiota composition. There is not therefore a standard cutaneous microbiota, but rather distributions of microbial populations according to area, sex and age. However, all scientists agree on an essential point: it is the diversity of the microbiota that creates its balance.

What potential for cosmetics?

The microbiota came into cosmetics via the research conducted on the treatment of skin diseases such as psoriasis or eczema. Dermocosmetic brands are still market leaders, but not for very much longer. Increasingly numerous publications of the research results from leading laboratories impel the democratisation of the microbiota in cosmetic applications. The health dimension brought by the microbiota is increasingly sought after by consumers, who associate a radiant complexion with healthy skin. Faced with increasingly numerous environmental stressors, and with the increasing rise in the number of consumers experiencing cutaneous reactivity and with atopic skin, protecting microbiota balance and health could well be a winning strategy.

Yes. During a study conducted by Codif on more than 500 subjects, consumers say they are genuinely concerned by their skin health (83%) and are ready to consider the bacterial flora as a health and beauty benefit (75%).

Codif’s work on the microbiota

There are several approaches for reinforcing microbiota balance. Those that naturally spring to mind are the pro and prebiotic strategies, directly inspired by developments already made in terms of the health of the gut microbiota. However, other very different approaches can be used to meet the microbiota’s needs. It is common, when speaking in popular terms, to describe the microbiota as a group of populations. The skin becomes a planet and the microbiota all living beings (plant and animal populations) with all the individual diversity we know. However, regardless of our culture, our life style, our environment, we all agree that a balanced diet is one of the keys to good health. It is precisely this approach which was developed by our laboratories, in the form of Actibiome. We tried to imagine a 5-star ‘international’ buffet breakfast in which everyone finds something they like and something they need to maintain balance. At the same time, our laboratories also worked on determining the effect of a period of temporary stress on the cutaneous microbiota. The use of metagenomics and analysis of the microbiota’s DNA footprint presented us with a big surprise, in that it is the biodiversity of the microbiota that is affected. It is the first time that a stressed skin microbiota footprint has been described. The research has also been presented several times at meetings of receptive and enthusiastic experts [7] [8] [9]. Actibiome therefore offers a varied and diversified diet to rebalance the microbiota from just 1 week and to improve the evenness of the complexion.

No doubt numerous publications will appear to back up this article in the coming months. Microbiota science is only in its infancy but is already beginning to revolutionise the cosmetics sphere. We now need to learn to love and to take care of our microbiota. It makes each of us a Unique person.

and Jeffrey I. Gordon1. The human microbiome project: exploring the microbial part of

[6] John Zorabedian. Your personal cloud of microbes could one day be used to profile you. https://nakedsecurity.sophos.com. 2015. 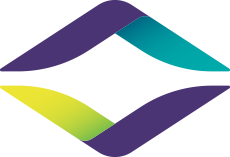